Welcome to the website of the British Cemetery in Madrid. The Cemetery is located at Calle Comandante Fontanes, 7, 28019 Madrid. It is owned by the British Government and was founded in 1854. While predominantly a place of Christian burial, it has become a resting place for people of other faiths, including Judaism and Islam, and many nationalities. There are approximately 600 graves.

The upkeep of the site owes much to the voluntary work done by the British community and in particular by a dedicated committee. We also depend on the financial support received from two UK-based benefactors, The William Allen Young Charitable Trust and The Bernard Sunley Charitable Foundation, and from private donations. Should you wish to donate, please follow the link on this page.

Ashes can be buried and commemorative plaques can be sited in memory of departed friends and loved ones regardless of where they are buried.

After more than 150 years, it continues to hold a special place in the affections of many in the city and elsewhere. The garden and monuments offer peaceful surroundings to remember friends and relatives and reflect on the historic contribution made to Madrid over the years by many families, British and otherwise. 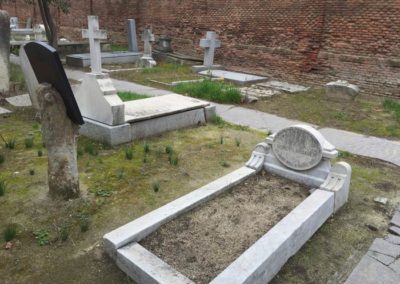 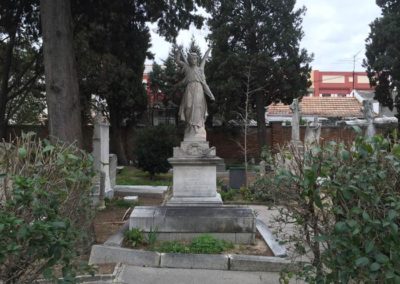 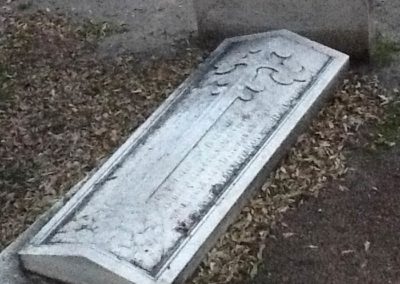 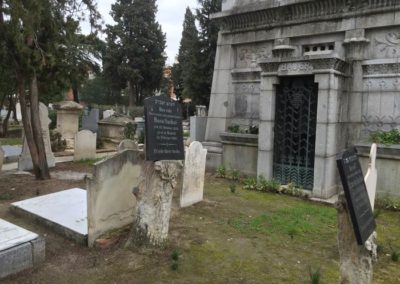 After years of negotiation between the British government and the municipal authorities in Madrid, the British Cemetery was founded in 1854 in Carabanchel in the street now known as Calle del Comandante Fontanes. The aim was to create a place where non-Roman Catholics could be buried because they were not admitted to other cemeteries existing at the time. As then, it is now run by a committee of dedicated British residents from the growing foreign community who had come to Madrid for business, trade and other interests needed by Spain at that time.

As time went by, non-British nationals were buried at the Cemetery, including Lutherans, members of the Greek and Russian Orthodox Churches, and Jewish people who also needed burial facilities which were not provided for under Spanish law. Even after the Spanish authorities allowed burials in Cementerios Civiles, foreign non-Roman Catholic communities still continued to choose the British Cemetery with its conspicuously English-style layout, headstones and air of rural peace, features which still mark this small Cemetery as a place evocative of gardens and English tradition.

Burials are now carried out only rarely but space allows for the laying of ashes. The Committee, chaired by the British Consul in Madrid, prepares occasional events to raise awareness among the British community and others who are interested in the social history and development of Madrid in the nineteenth and twentieth centuries. A major aim has to be fund-raising for the continuance and improvement of the Cemetery. Many of the founding families have died out or are no longer represented in Madrid and not a source of contributions for maintenance.

With links to so many different denominations, the Committee aims to keep in touch with Church leaders of the various non-Roman Catholic faiths represented in the Cemetery. The Committee is always interested in receiving impressions, news items, historical references and all other information on the British Cemetery in Madrid so that these may be discussed and assessed at their meetings which take place approximately four times a year. 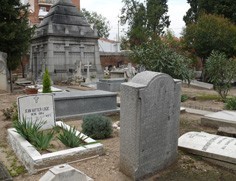 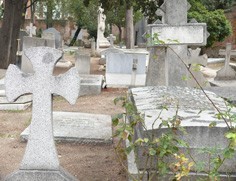 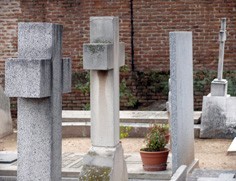 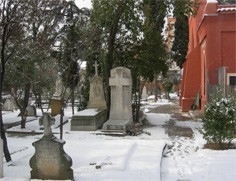 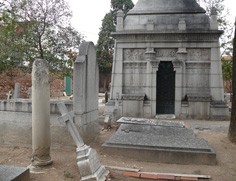 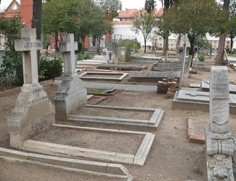 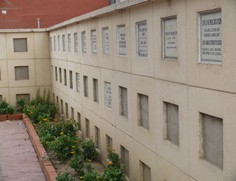 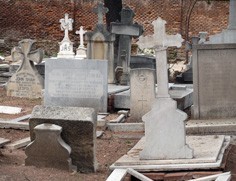 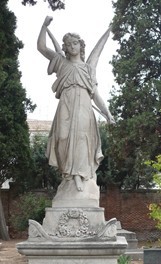 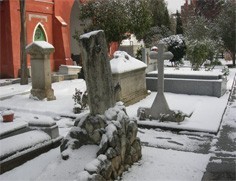 This Committee aims to keep in touch with those who have a special interest in the British Cemetery or who have responsibility for upkeep of a family grave. There are no sources of income apart from benefactors and those who pay annual maintenance charges and other fees. Your contributions of money have been of special importance during the transformation of the Cemetery over the last few years.

By substantial donations from The Bernard Sunley Charitable Foundation, The William Allen Young Charitable Trust and generous donations from other benefactors in the Madrid British Community, as well as noble gifts from several private citizens, a fund-raising concert and other events, we have managed to meet heavy expenses. Now, the Cemetery has reached a standard of presentation which, although it can still be improved upon, costs money to maintain.

Please remember that the British Cemetery has room for burial of ashes and there is service for placing commemoration plaques for departed friends and family, wherever else they may be buried. The Cemetery still provides burial for families which have space in their plots. The Cemetery is active and is responsive to needs.

If you wish to pay for this year annual maintenance charges or to send a contribution please do so through the British Cemetery account:

My father worked for the Dutch Foreign Office at the Dutch Embassy in Madrid from 1947 till 1956. On October 16, 1950 my only brother died at the age of four. He was buried at the British Cemetery. I was 5 years old then.

After concluding my career as a senior building lawyer (PhD in building law at the Leiden University) at the age of 56, I went to The School of Fine Art and Design in Groningen and obtained my BFA in 2007 (at the age of 62). My final examination consisted of the presentation of four oil paintings (each 120 x 60 cm) about cemeteries. Two paintings of these show the British Cemetery as I found it about six years ago.

I am certain that you will be able to recognize the graves I painted. On the dark painting, called Dicky, the little marble stone of my brother Dicky’s grave is shown. The sun shines on the small white stone, giving it some light and warmth. During the process of working at the painting the atmosphere in the painting became darker and more gloomy, as if I felt that Death reigned there. After all those years it was a therapeutic healing for me to paint Dicky’s grave.

Photographs from a private collection in Ciudad Real, Spain

The photographs below show a monument in the British Cemetery erected to commemorate Loftus Charles Otway (1812-1861). He had been British Plenipotentiary Minister of Britain to Mexico from 1858 to 1860. The lady in the picture is Otway’s widow, Gertrudis Enríquez y Sequera (1825-1865) who remarried soon after her husband’s death to Antonio Suárez de Peredo y Paredes, Conde del Valle de Orizaba. She died in Mexico not long after.

Two interesting points emerge. One is that the photographs are probably by Charles Clifford (1819-1863) whose memorial tablet is in the entrance archway of the Cemetery and whose work is of great importance in the history of photography.

The other interesting point is that in 1878 the family of Loftus Charles Otway had his remains removed to the imposing family vault in Highgate Cemetery in London where his uncle, General Sir William Loftus Otway (1785-1854) had been buried; however, the upper part of the monument in the photographs still stays in the British Cemetery in Madrid, though now sited in a different place. 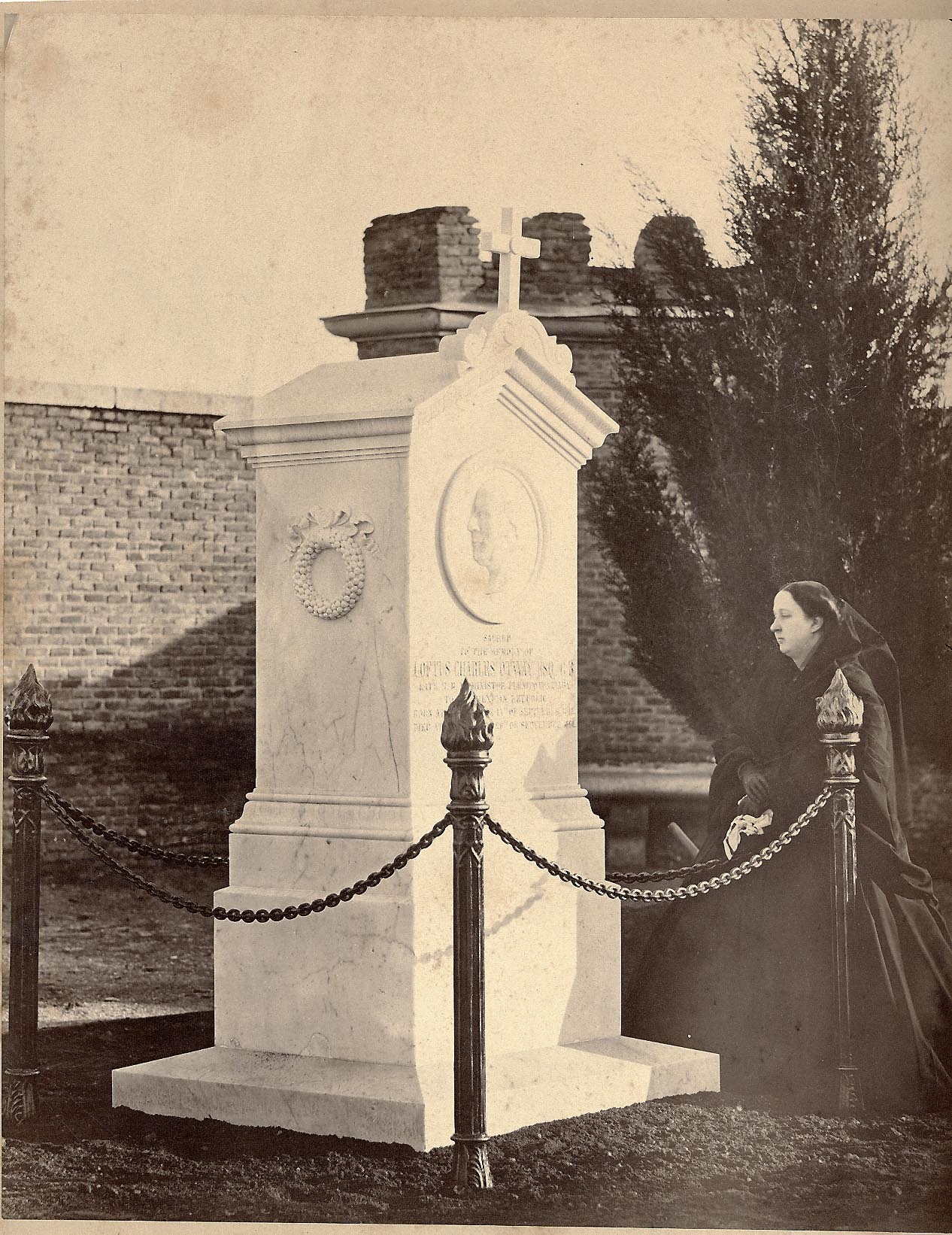 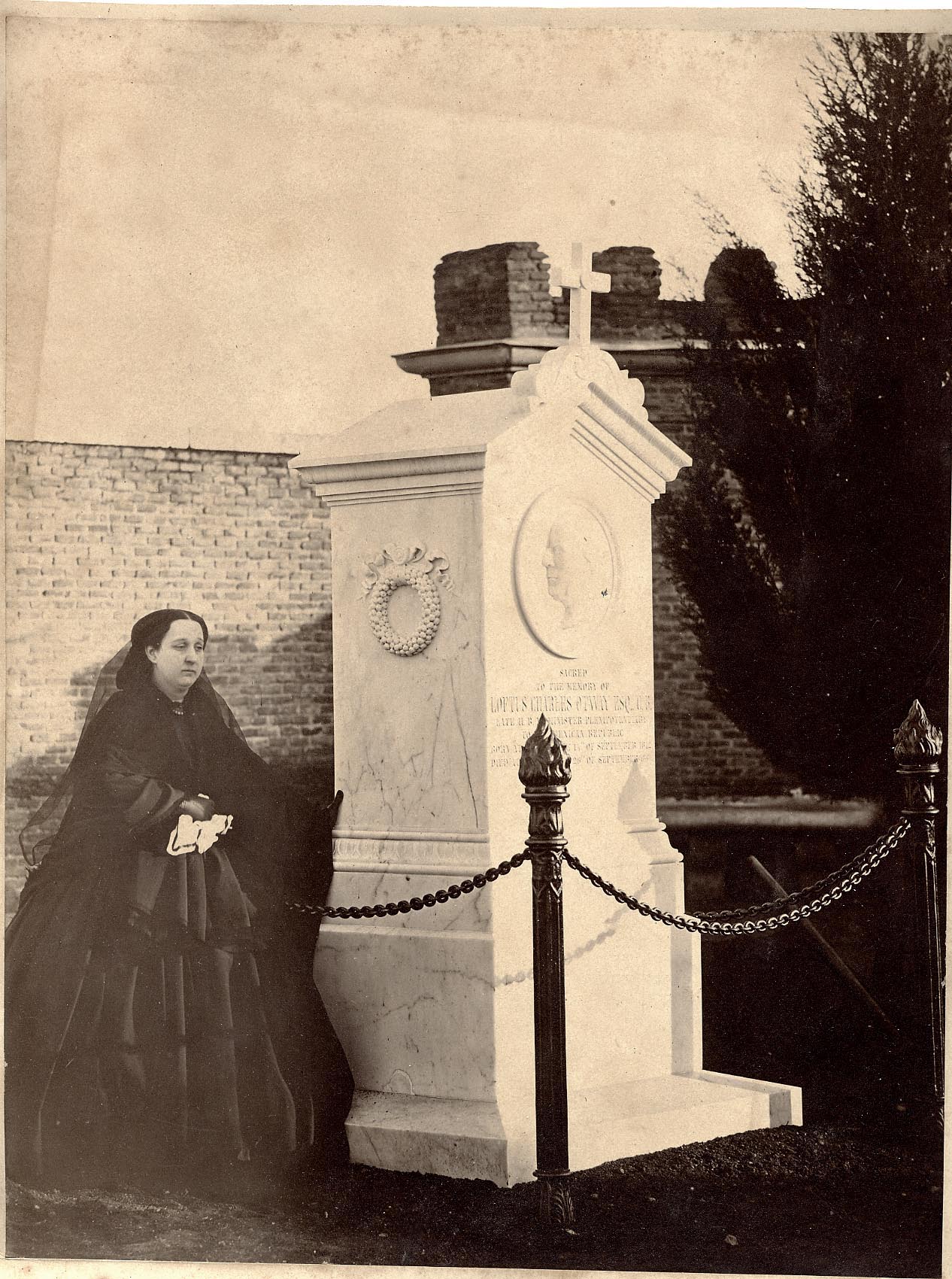 Publication in English sponsored by  British Cemeteries in Spain Foundation

All proceeds from sales will go to the Madrid British Cemetery.

Absent Friends, by David J.,Butler, a history of the Madrid British Cemetery, was published in 2020. An enlarged version, translated into Spanish, has been published in 2022, entitled

both publications by Editorial Círculo Rojo and sponsored by the Fundación Cementerios Británicos en España.

The British Cemetery in the press

Open to the public, no appointment necessary on Tuesday, Thursday and Saturday (except national and local holidays) from 10.30 to 13.30h

Open morning only on 1st of November

Group visits have been suspended until further noticie owing to the restrictions imposed by the covid-19 pandemic.

Visit the cemetery with a fabulous audio guide