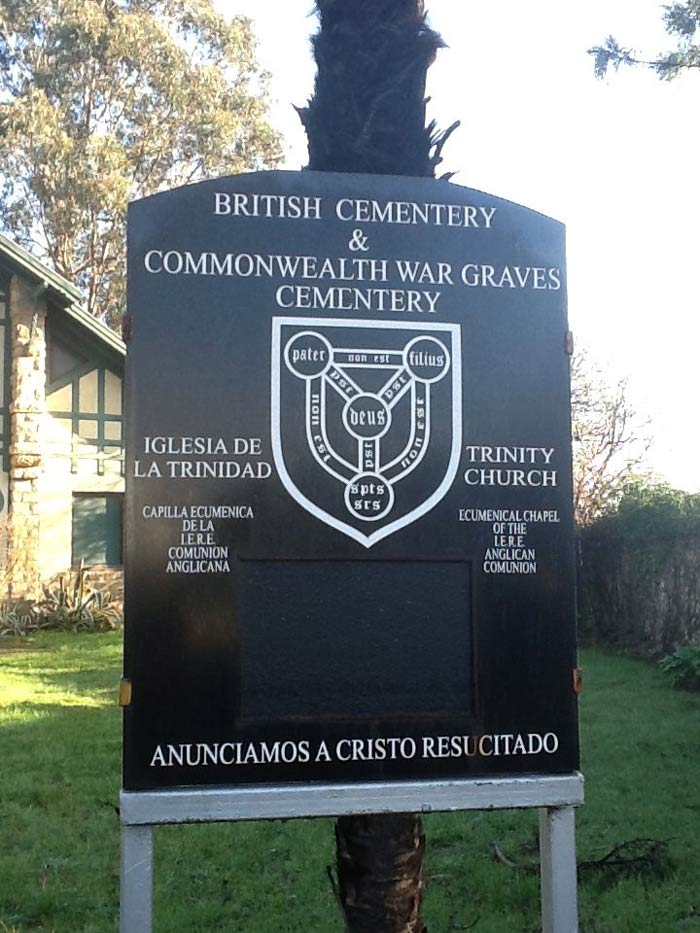 Although there are many cemeteries dotted around the Spanish territory that are commonly known as “British”, “English”, “American”, “Protestant”, “Anglican”, “non-Catholic”, “Episcopalian” or simply St. George’s, etc. ., their names can, sometimes, be deceptive.

While it is true that some, although by no means all, are really “British”, others belong to different nations such as the United States, Germany or Sweden, among others. Of the British cemeteries that still remain today, some are owned by HMG, as is the case of the cemeteries that are now under the auspices of the British Cemeteries Foundation in Spain. In the case of others, the land had been purchased by British companies established in Spain, or by members of the British community in the area. In other cases, as happened in Bilbao, the original site was donated by local authorities.

Unfortunately, as a result of the lack of local British community in some areas, others of our cemeteries have been donated to local authorities to be looked after, or have been closed or simply disappeared.

Although the negotiations to establish “British” cemeteries in Spain began in the 17th century, it was not until the middle or end of the 19th century that most of these cemeteries were finally established. This happened after the promulgation of a Royal Decree (April 1830) authorizing representatives of the British community in Spain to buy land in which British non-Catholics could finally receive the official status of burial when they died in territory.  The request to establish a British cemetery was generally led by the local British consul, who, on behalf of the British Crown, purchased a plot for this purpose. However, in the mining or industrial areas, the land was bought by representatives of the British companies installed there, or by members of the British local communities, either by general subscription or the generosity of certain well-situated families or individuals.